I have no greater joy than to hear that my children are walking in the truth. --3 John: 4

The title of the familiar hymn jumped out at me as I looked down the list. I was doing research for a program on Charles Wesley, the prolific hymn-writing brother of John Wesley, founder of Methodism. Jesus, Lover of My Soul. The hymn always makes me think of Uncle Tom. 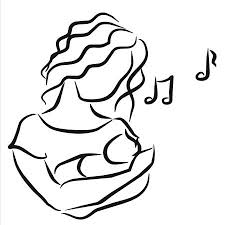 Uncle Tom was my father’s brother. Back in the late 1940s and 1950s, we took lots of car trips with Uncle Tom and Aunt Clyde. The six of us…Mama, Daddy, my brother Ken and I…would pile into whatever car was the newest and roomiest at the time and take off. Most of the time we took day trips, but it wasn’t unusual for us to hit the road for a cross country adventure. I treasure the memory of the summer trip to California…six of us with a trunk full of luggage in a big boat of a car with no A/C, sailing across Texas, New Mexico, Arizona…with the windows open and the warm wind whipping through our hair.

Daddy and Tom would trade off driving. Kenny was usually in the middle in the front seat and Mama, Clyde and I snuggled into the back. And as we drove along, Tom would periodically burst forth in song – an activity totally at odds with his rough “grove man” persona. He couldn’t carry a tune to save him, but he sang lustily and loudly. He had two songs – Bye Bye Blackbird and Jesus, Lover of My Soul – and he only had a line or two of each one. Aunt Clyde would just cover her eyes with her hand and giggle.


I wondered, as a kid, where he got these two completely different songs. When he was growing up, they did have a radio which I was told they sat around and listened to. Daddy said it was funny that they watched the radio almost like we watch TV today! That’s probably where Tom got Bye Bye Blackbird. But as an adult, he wasn’t much of a church-goer so I didn’t think the hymn was something that really got his attention as he sat in the pew as a child.

The answer came to me as I thought of that long-ago experience the other day. His mother. He heard it from his mother. And she heard it from her mother. I remember many times hearing his mother’s sister, Aunt Esther, talk about their mother’s beautiful voice. On summer evenings after she had fed her family, she would sit on the back steps of their big white frame house in Virginia and sing as darkness fell. Aunt Esther said her lovely voice would carry across the yard and the neighboring field to the delight of the neighbors. She gave voice to the hymns she loved to sing at the little Methodist church nearby.

And so her grandson, my Uncle Tom, carried a few lines of a Charles Wesley hymn in his head because it had been sung to him by his grandmother and his mother. It makes me very conscious of the things I’ve sung to my grandchildren. I recall a night several years ago when I was rocking the youngest one to sleep. He was about two years old. I thought he was almost ready to be put down when he looked at me through slits of eyes and whispered “Sing Jesus Loves Me!” I sang and he slept and all was well with the world. We often pass down the faith through our songs.

It was a car full of happy people that rode across this country that summer. Thanks to Aunt Clyde, who read everything about travel and was always the trip-planner, we got all the way to the Pacific Ocean and visited Disneyland. And we were serenaded along the way by Two-Song Tom… Jesus, Lover of My Soul.

I’m sure his mama was sitting in heaven smiling.

Feel the breeze: Historically, we learn our first songs and stories from our mothers and our grandmothers. There is much truth in the saying “The hand that rocks the cradle rules the world.” What songs did your mother sing to you? What do you sing to your little ones?
Newer Post Older Post Home