Of Rockets and Restrooms 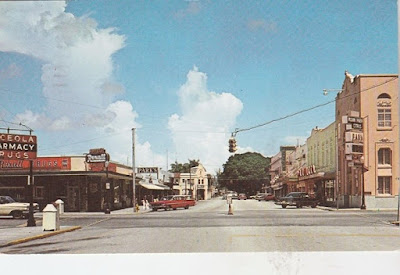 The drama of a man-made machine carrying its payload - whether human or not - into the skies for a specific purpose is just overwhelming to me.  Growing up in the shadow of the place where launches were made has given me many memorable moments as tears streaked my cheeks.

Today I sat in a theater watching the movie Hidden Figures.  The screen flipped to actual news footage from May 5, 1961.  In that moment, I was once again a junior at Vero Beach High School.  Our teachers had herded all of us into the yard surrounding the big brick school building because the important thing that was happening that day was not happening in the rooms of the school or on the streets of the town.

It was about to happen in and above those clouds above our heads.  A man named Alan Shepard was about to ride a rocket from a launch pad at Cape Canaveral further into space than any American had ever gone.  No one knew if we would be able to see anything in the sky - after all, Vero Beach is some 50 miles south of the Cape.  But this was historic and they wanted us to be there just in case we could see some smoke or...how did we know...get a glimpse of a rocket.  We chatted and looked at the sky until our necks hurt and we saw...nothing.  But we remember the day.  And I have watched the skies many times since then to catch the sight of the flame of the booster rocket and the trail of smoke disappearing into the atmosphere.

The scope of Hidden Figures takes us so far beyond what was happening in our country while we raced into space.  Fifteen minutes into the movie, I said to my friend, "This is eye-opening".  The Civil Rights movement as told from within the workplace called NASA became human in a way that other movies - not The Help, not 42 - have been able to do for me.  They made their mark, but this one drove it home.  When I was growing up, I didn't question my surroundings.  Things were just the way they were.  It was in those late high school days of the early 1960s, when I was so familiar with the street pictured here, that my awareness began to be opened to a small thought..."This is not right."  Watching the movie brought all those feelings back.  Maybe it was the sight of that poor woman running through the rain carrying her work with her to the colored restroom.

The race to the moon...the introduction of the first behemoth computers...all of this and more was about to change forever the offices and stores of this street in my home town.  The 1960s were a pivotal time as life as we knew it - on the street and in the clouds - changed us all.

If you remember that time...or want to know more about it...Hidden Figures will open a window of time for you.